When working on artwork with people with severe mental illness, I always placed a great importance on stressing that a piece was not to be finished, and that the process was much more important than the finished product. I was reminded by someone of this the other night and have been thinking about it since. Process or rather the preparation is now the main focus in my own work, becoming for me as important if not more so than the finished piece. I am always visually trying to capture temporality. As an artist and an improvisational musician the process is always at the forefront. Preparation for that process to happen successfully is the key. In my practice, painting via performance, it’s about  finding not only the right person whether musician, composer and dancer to work with but also the right combinations of sounds, surroundings and space in which to perform this process.

In my performances, it is also important to reach a point whereby I can paint freely. To achieve this is difficult and requires a process in itself of “centring” or as some refer to reaching an inner zone.

I was recently introduced to the fascinating, free paintings of Sri Chinmoy, the Indian Guru who made a terrific amount of paintings, and which to me capture what the inspirational Buddhist teacher Ringu Tulku (whom I saw talk last year), calls a “Continuous Flow.” 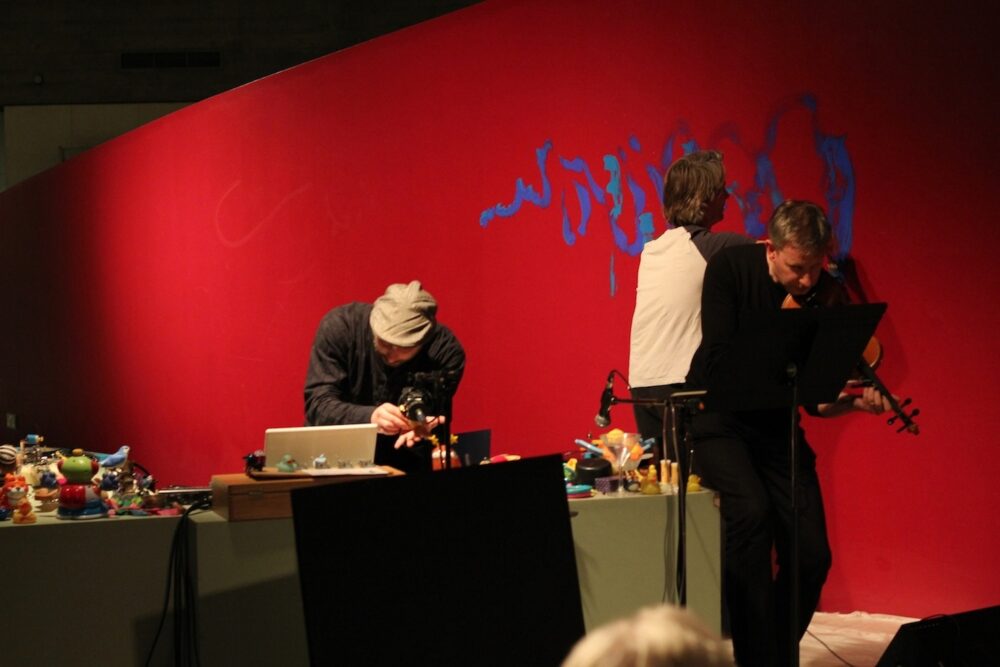 Following a revealing and candid talk between Anthony Caro and Tim Marlow of which I went to the other week, I was fascinated to learn how it was the process involved in making that he remembered about his own art, and unusually not the finished piece. He humbly suggested that his enormous steel sculptures were in a way really forms of Collage, a process of placing and re-placing. Out of many artists I was least expecting this from a sculptor whose huge steel works are so tied to the final piece and Modernist Aesthetic thought. Thinking about the great artists I have had the fortune to meet, their life and procedure and rituals have greatly fascinated me.

I was again reminded of process and “continuous flow” after organizing a fascinating talk at Wolfson College given by the Director of the Centre for Visual Music in LA (Cindy Keefer) who highlighted the the importance of the film work of Oskar Fischinger and Jordan Belsen whose films pioneered a way of looking at sound. It is this temporal aspect of the visual arts, which have always captured me. Whether it is the processes revealed by an artist such as Gustav Metzger with his Auto Destructive art and Liquid Crystal works, the Lackskin paintings of Andre Thomkins, performance work by Marina Abramovich and also the moving colours of Richter’s abstracts where process and the final pieces achieve an interdependence, where everything is compounded, or made up of different elements becoming one. This quality I also appreciate particularly in the composers Janacek, Messiaen, McCabe, Monteverdi, Bach, Byrd, Britten, Tallis and Shostakovich  their subtly and shifting colours and complementary chords, of which I have and continue to try  to capture over many performances. 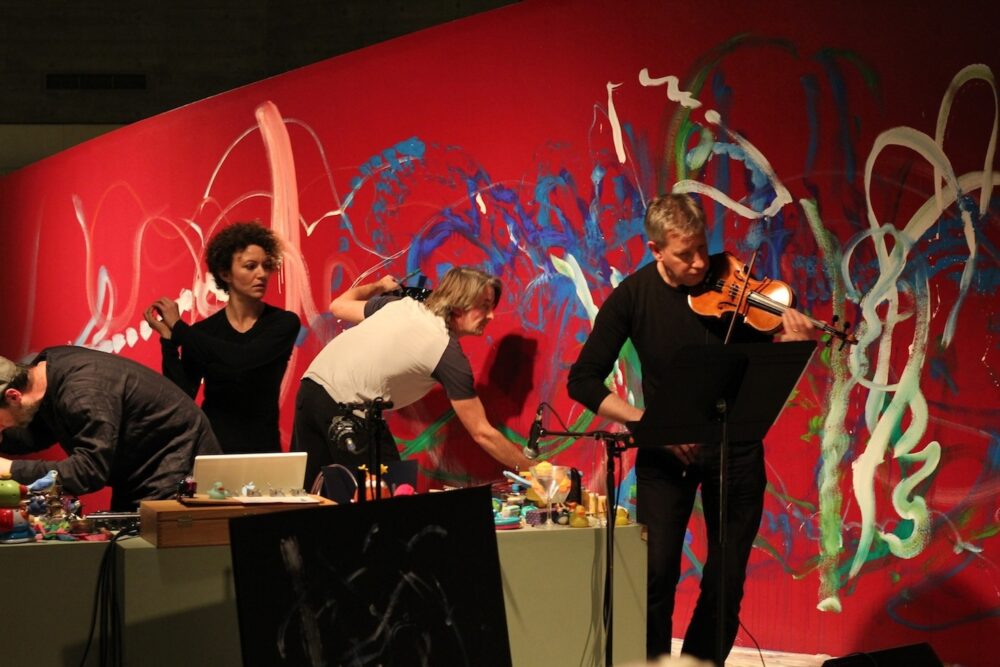 Flowing between Movement, Colour and Sound.

Last week I gave a performance, which I am still digesting….Until I see the  film of it,  it lives on for me like a dream which I can’t remember all the details of but which keeps coming back to me in parts. This was with Roger Redgate and Emmanuel Spinelli and the Dancer Susanna Reccia reinterpreting Cardew’s amazing Treatise score for which I have mentioned. For this I could strongly feel a real tangible feeling of oneness through the score, the sounds, music and the movement of dance and colour. Many remarked afterwards that it seemed as if we had worked together for years although never before together. There was a distinct Continuous flow between us becoming a whole. Movement, Painting, improvisation and musical ideas flowing  as a whole and our different practices held together for a wonderful riveting moment in time.